When Douglas Hauck and his wife, Kim, bought the fifty-acres within the Adalaida/Willow Creek AVA property in 2007, they knew the vineyard was a gem. Their vision for the historic century old farmhouse and perfecting vineyard practices, the dream is now reality and the Haucks invite you to indulge in the elegance and romance that is HammerSky.

Truly a unique and pictorial property, Doug and Kim tastefully enhanced the historic site to be a working winery and Inn that they could share with others. The restored farmhouse inn boasts casual elegance. Built for a Mennonite minister and his family in 1904, the gleaming white house at HammerSky Vineyards embraces its longtime love and history. Despite the home’s age, its crisp black shutters,  second-floor balcony, and cropped boxwood hedge reveal a contemporary aesthetic.  It has been described as the Scarlet O’Hara/Great Gatsby House. The couple oriented windows to incorporate views of a centuries-old valley oak, affectionately known as Uncle Dan, and erected a post-and-beam Yankee barn behind the house for special events. 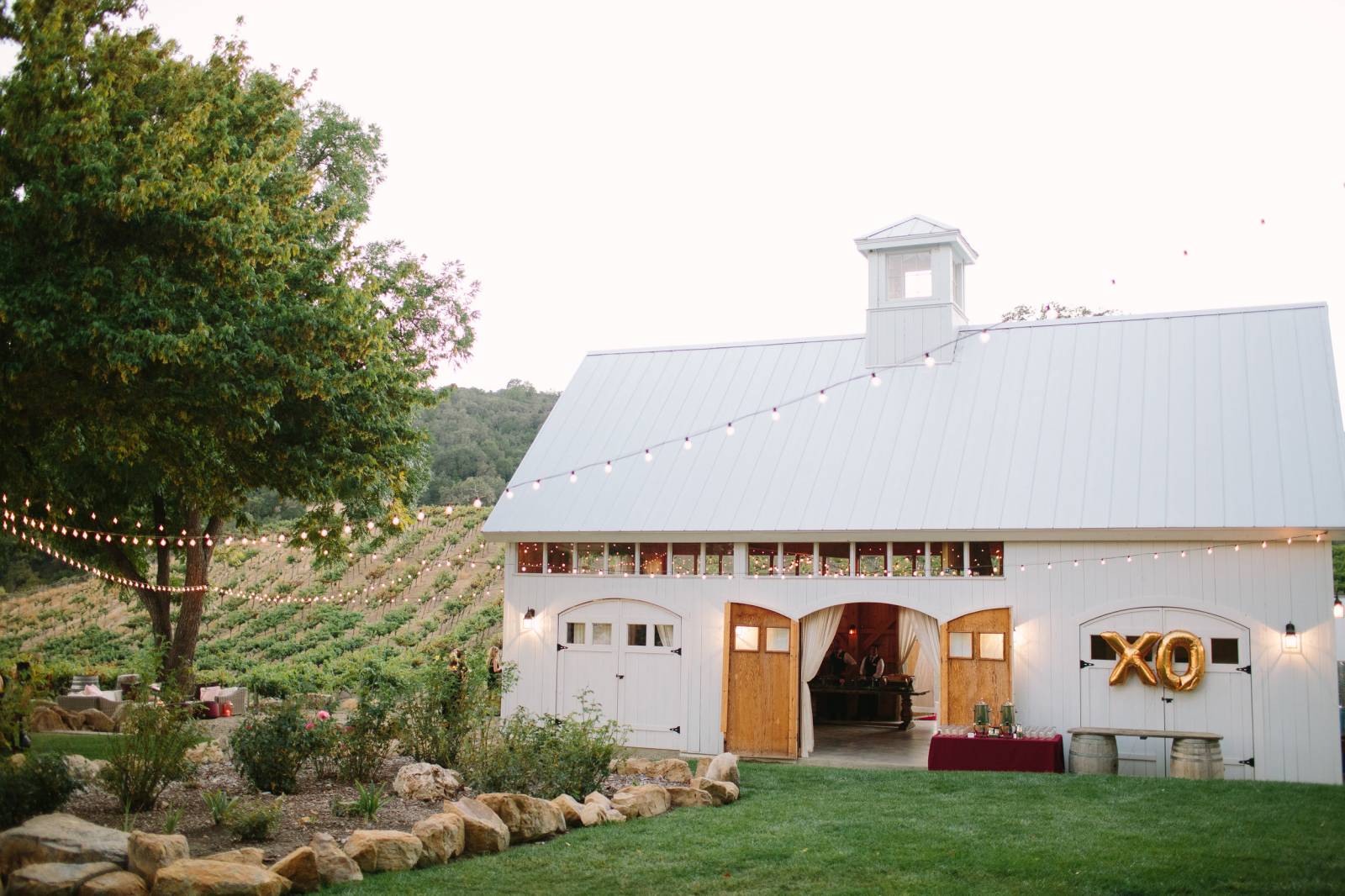 on The Wedding Standard

on The Wedding Standard