It surely was a heart felt fiesta at The Casitas Estate, one of Arroyo Grande's most loved wedding venues. While this couple's smiles captured our hearts, their love story did that and more. Alexandra Wallace snapped some of the best shots of this couples dream day, from the gorgeous ceremony at the Mission in San Luis Obispo, to the dance floor at the reception. Take a peek at this colorful, floral filled day! 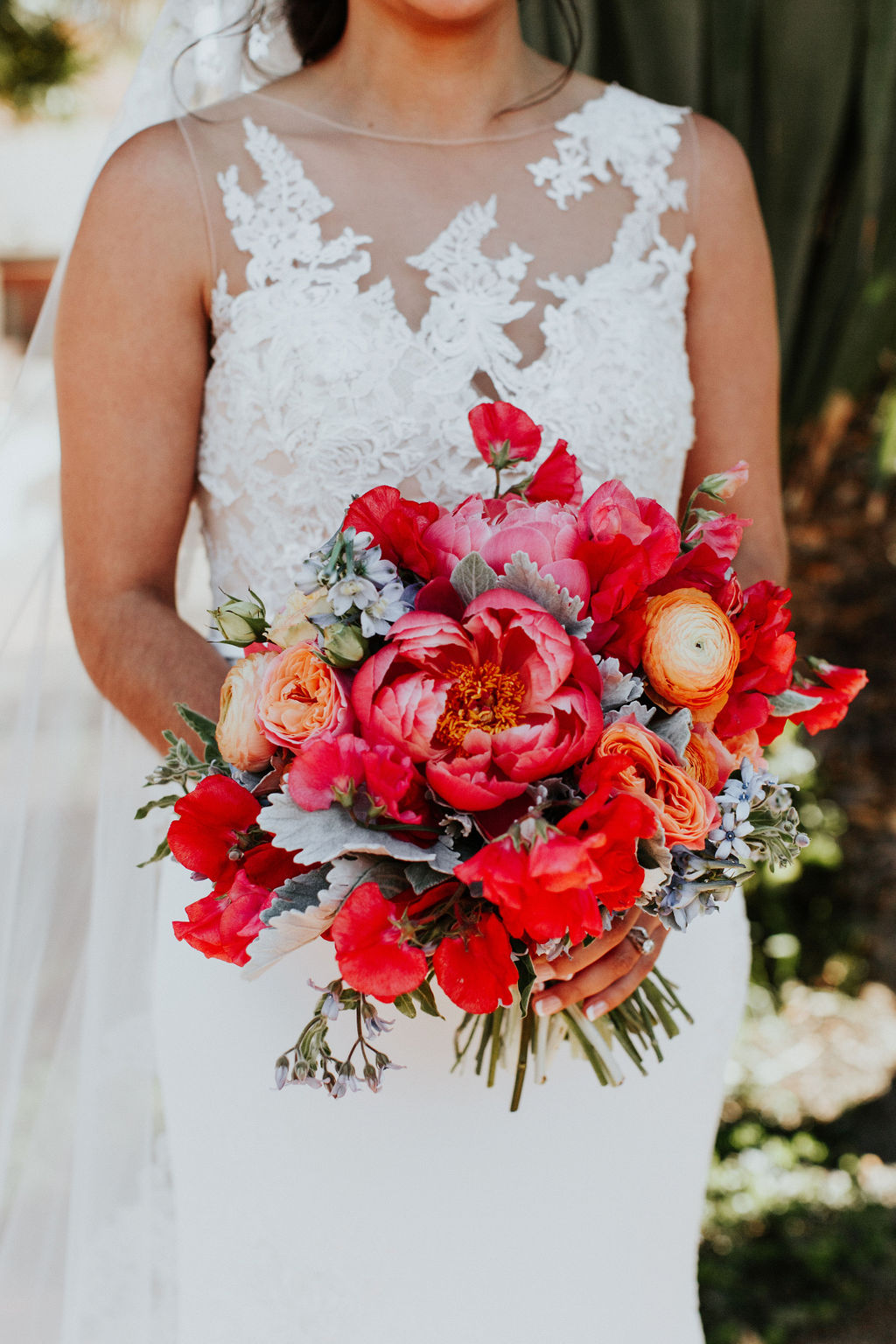 Girl meets boy!
It all started in the office! Michael was the new guy in the office, and on day one, Savayia had claimed him as her work-husband after seeing his dazzling smile and personality. After a few hangouts with friends, and a taco Tuesday, Michael finally asked Savayia to be his girlfriend. The two dated for four activity and travel-filled years before Michael proposed. The proposal was as perfect as good be! Savayia is a Cal alum, and was a tour guide on campus. Michael convinced Savayia to give a campus tour to his twin brother and his brother's girlfriend. At the top of the Campanile (campus bell tower), Savayia turned the corner to not only find a breathtaking view of the city they love, San Francisco, but also a bed of rose petals and Michael giggling nervously. Michael got a nervous, but confident, "I love you, will you marry me?". Savayia's jaw dropped, she said yes, and then they immediately met their family for a celebration brunch. 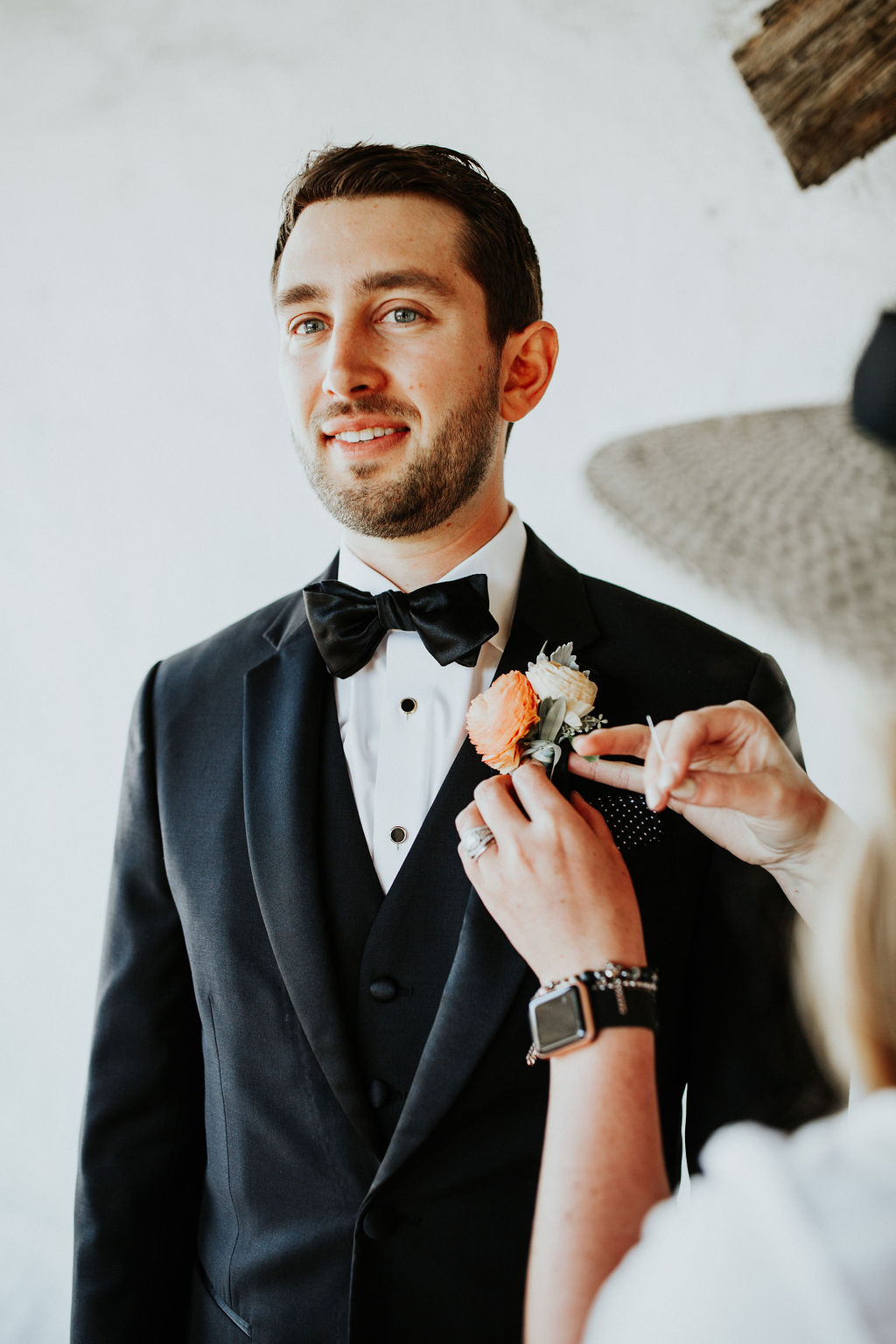 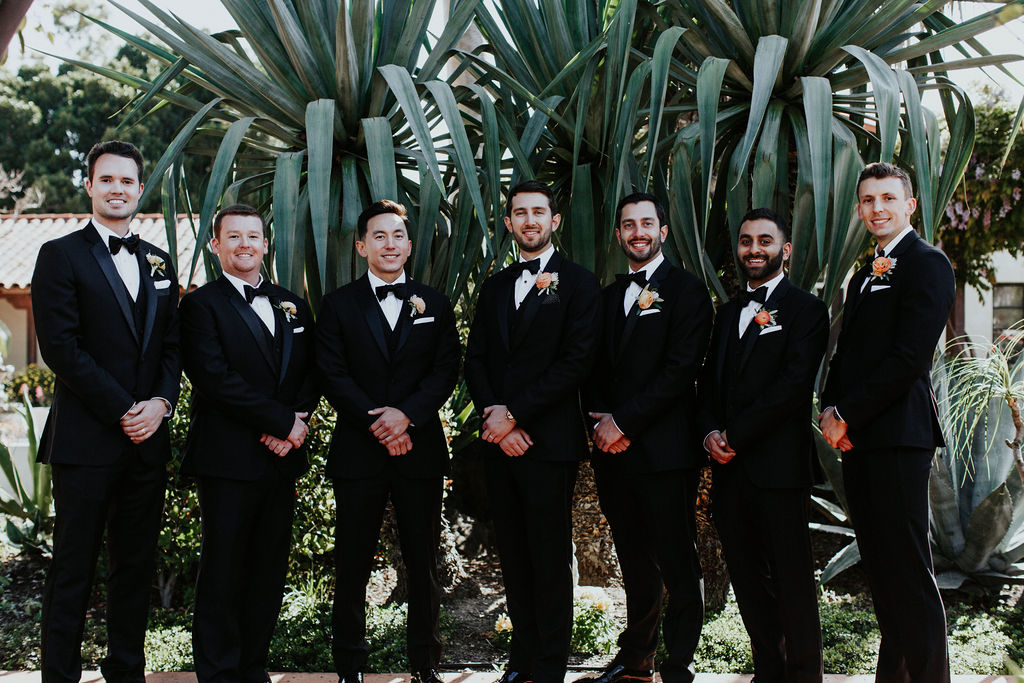 Wedding Planning Inspiration
Our first international trip together was Spain. We loved the colors, the food, the drink and the energy. We wanted to share all of these feelings and flavors with our closest friends and family in our wedding celebration. We love dancing, are upbeat, and wanted a wedding that our friends and family would walk away from saying "that was so much fun!!" and that also gave our guests an energetic escape from their day-to-day. 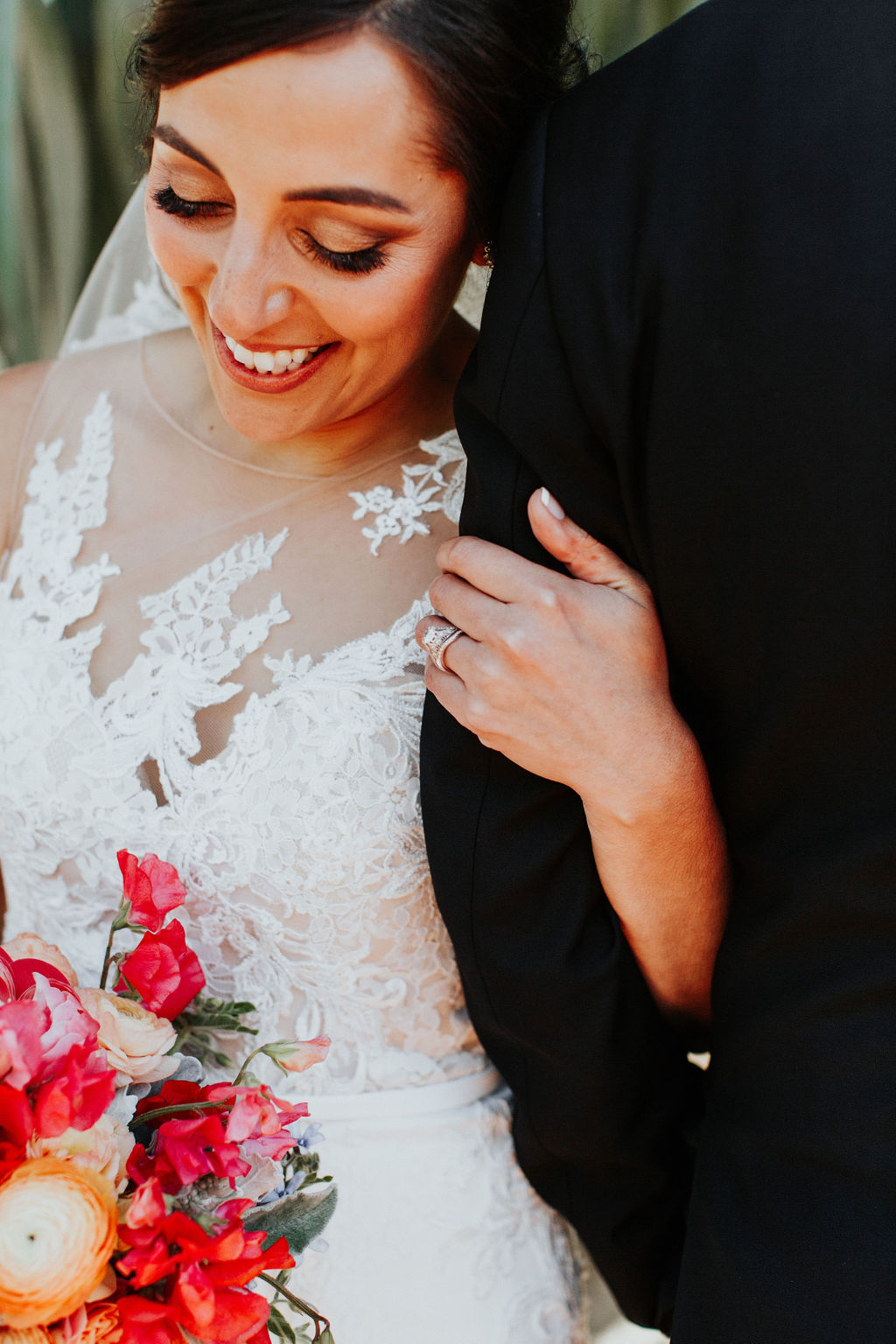 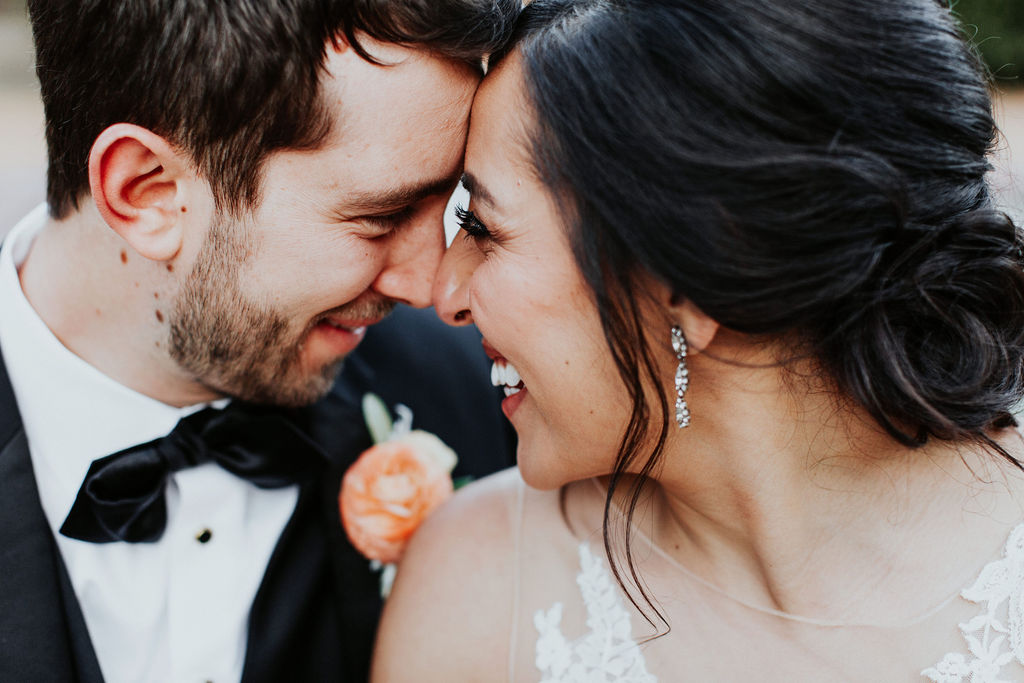 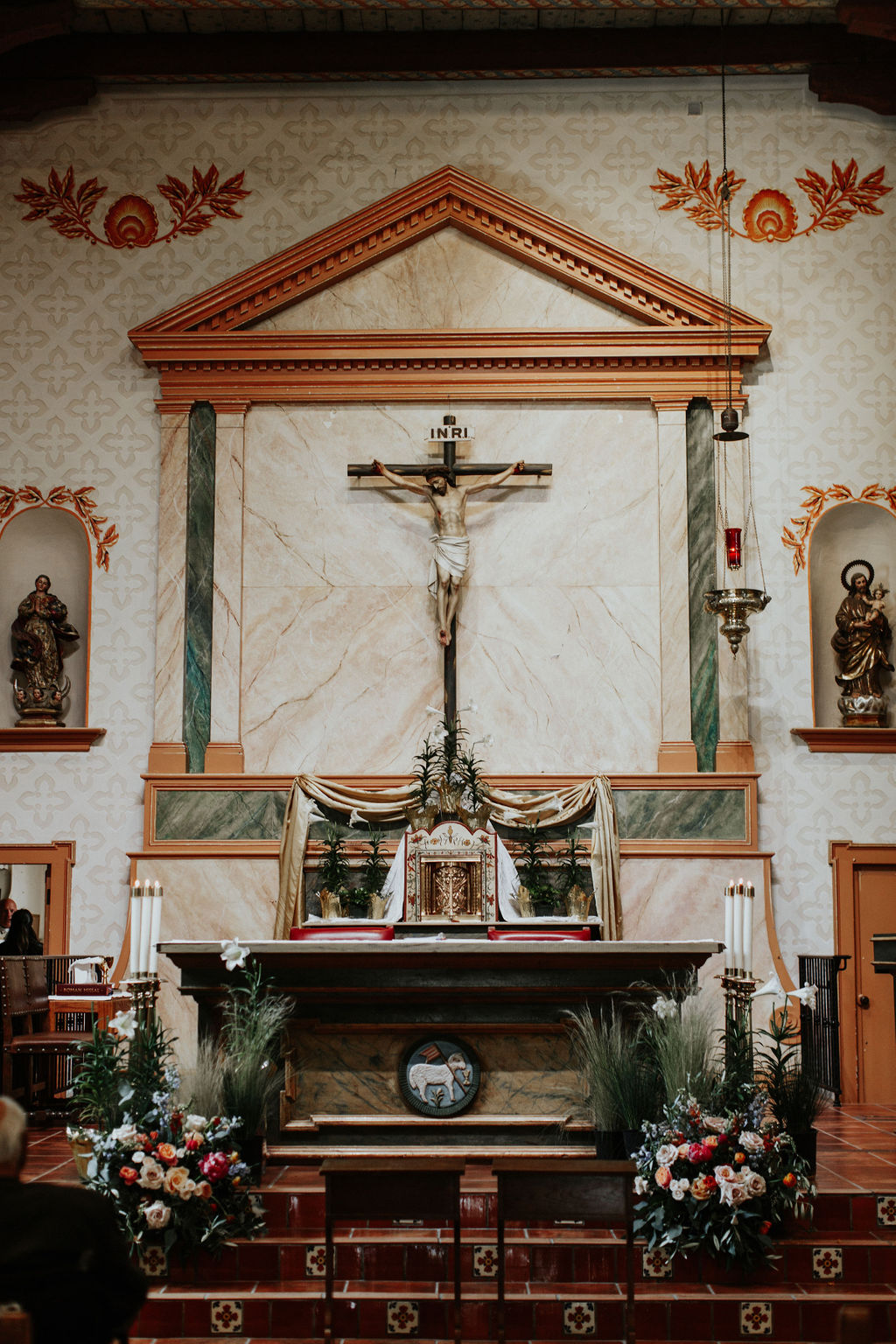 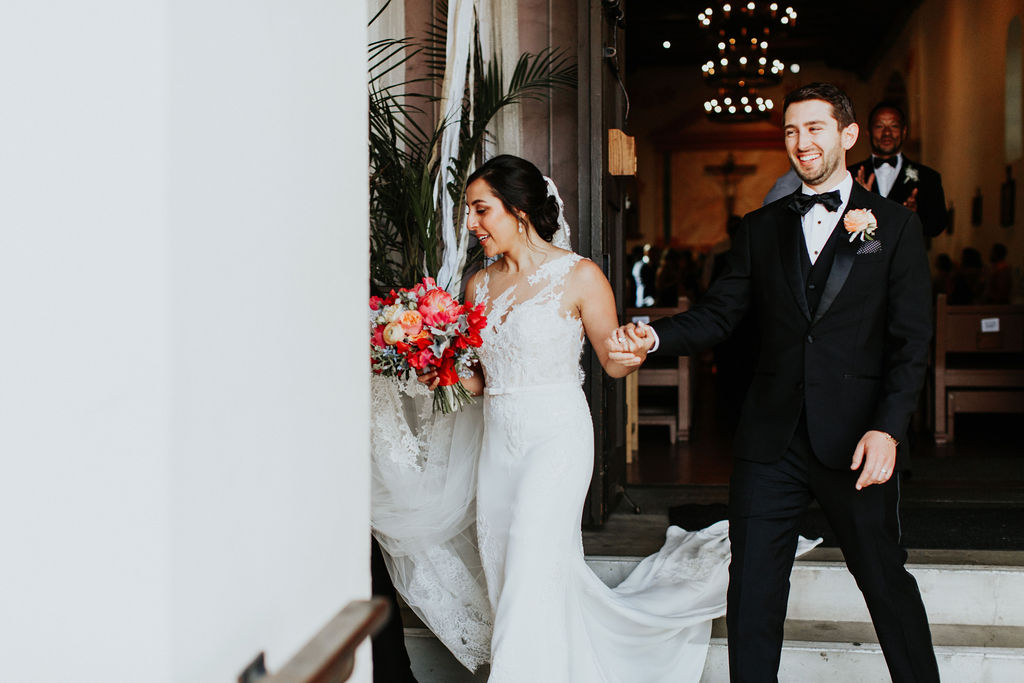 The Details
Dancing, food and energy! Music is such a huge part of our lives, and especially so for Savayia. We map out our biggest milestones by remembering what music we were listening to, or what was popular at that time. Savayia grew up dancing in the kitchen with her grandparents, learning different dances from her aunts, and wanted to make sure that everyone was on the dance floor. Maintaining a high energy was very important as well, we wanted to do this through the bright colors, live band, music requests sent in from the guests, and flowers that were spread throughout. The flowers were especially important to Savayia. She spent her childhood gardening with her grandmother, and with her grandmother passing away just under one year ago, the flowers were selected to ensure her spirit was felt. 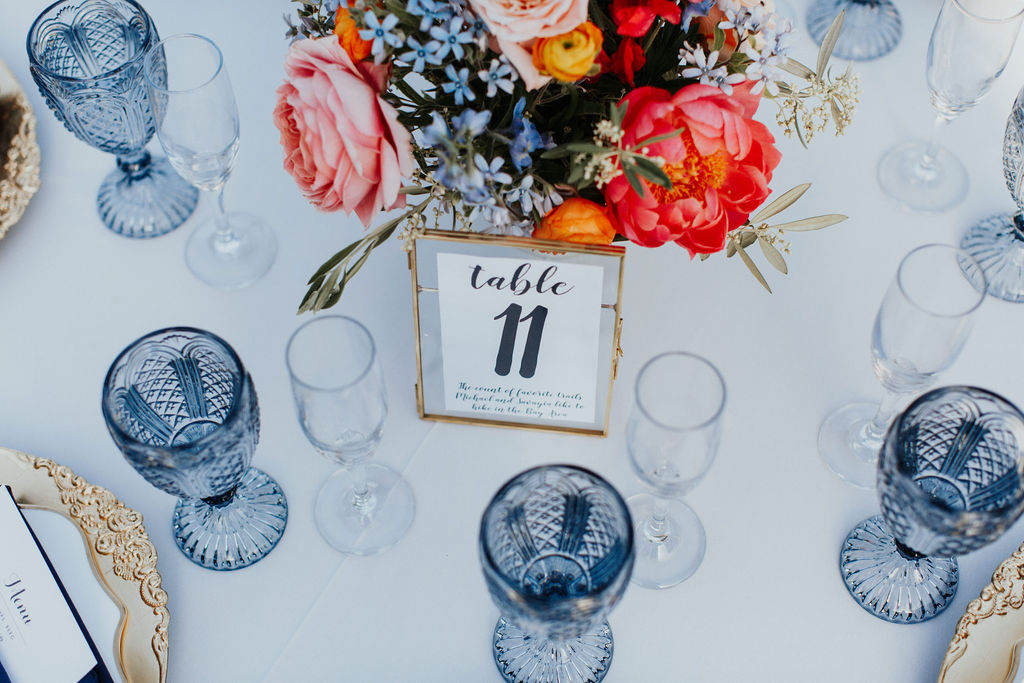 Memorable Moments
1. Savayia's father-daughter dance. Not only did Savayia get to enjoy a beautiful dance with her father, but her grandfather came out to dance with her as well. DJ Javi kept the song going without skipping a beat, and this ended up being her grandfather's last dance as he passed away seven days after the wedding. 2. The glow stick send-off. The day was such an emotion packed day -- from Michael anxiously waiting for Savayia at the alter, the couple's emotional first dance, raging with their closest friends and families and having a soul train, to the risqué garter toss, the send-off seemed to capture all of the cheers and shared love perfectly! The picture captured by Allie shows a smile from Michael and Savayia that depicts exactly the high energy and support felt in this moment. 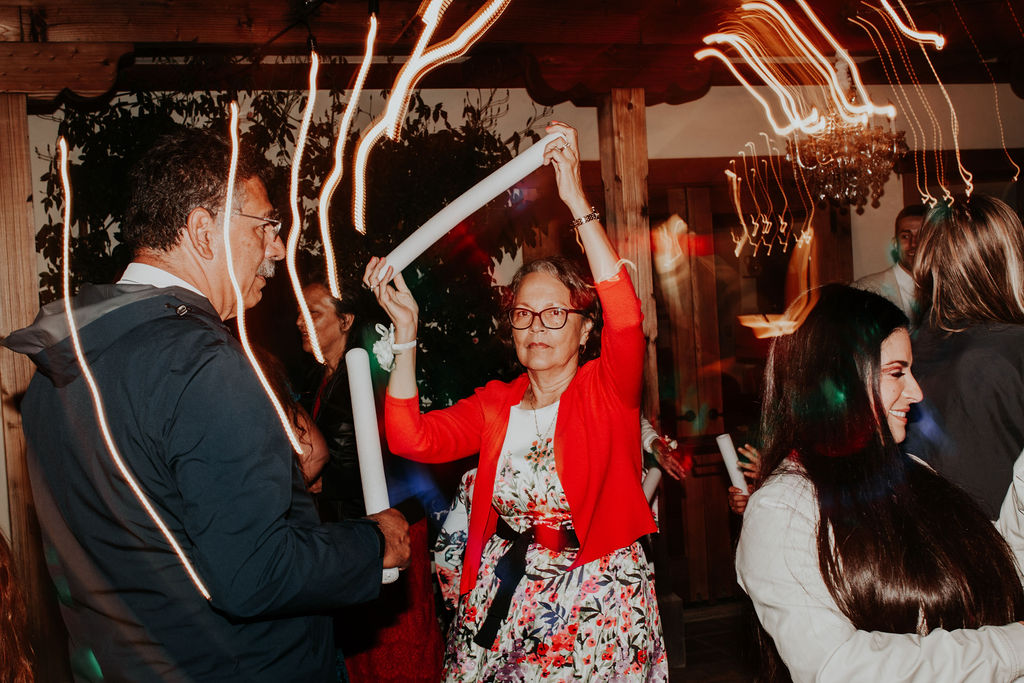 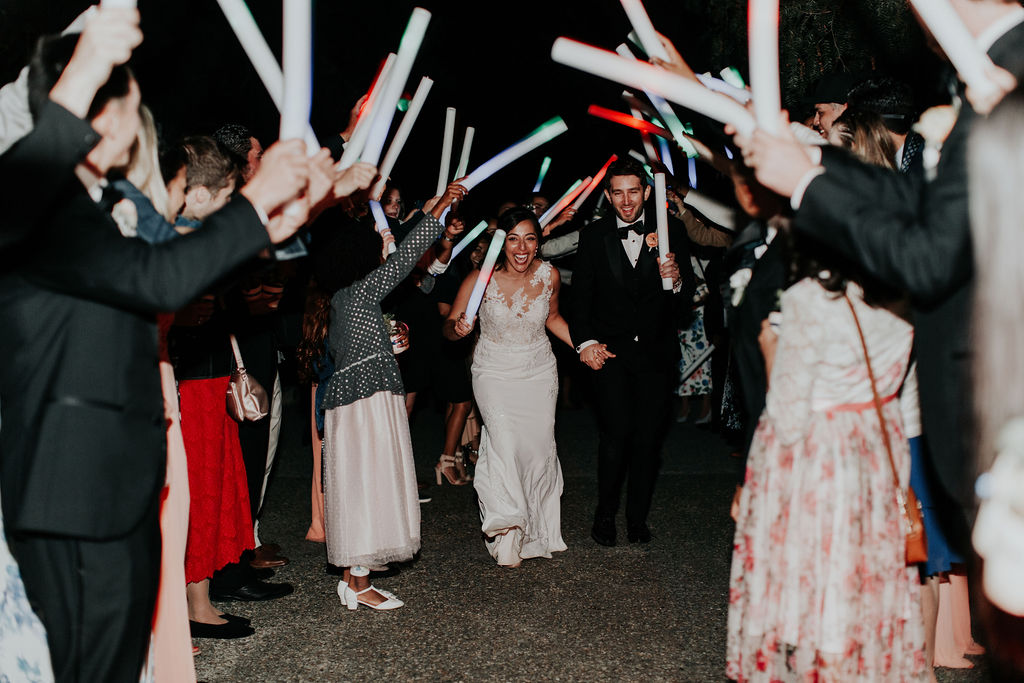 Advice for Newbie Brides
Enjoy your engagement and, as much as you can, do not sweat the small stuff. The day will turn out perfectly no matter what, and if you and your significant other run into any frustrations in the planning process, remind yourselves that you are planning a once in a lifetime experience -- a day in which you are joining your favorite people to kick off a life with the one you love.

California's Central Coast is filled with the color palette of golden yellow, rich rust, taupe, and splashes of blue. The true interpretations of the wild grasses and mustard growing on the hills, sands of the beach, bright sky, and deep ocean provided the perfect pallet to inspire this design.

Intimate Rainy Day Wedding at The Barn at Old Morro

Kicking our Mondays off with this rainy day, wedding set in the country side of Atascadero at The Barn at Old Morro. The barn's structure and design is quite idyllic and offers a wonderful canvas for whatever approach you want to take for event.

Light and Colorful Love at The White Barn Edna Valley

When the bride is up for a colorful wedding, you know you are in store for some jaw dropping florals. San Luis Obispo wedding planner Vino Fiore Events brought together a show stopping wedding, from nailing the floral design to the flow of the day!

It was a California, modern wedding with the natural landscape of Santa Barbara's Historical Museum. The bride and groom mixed their laid back, and formal backgrounds to create a cohesive design, complete with modern and traditional elements. 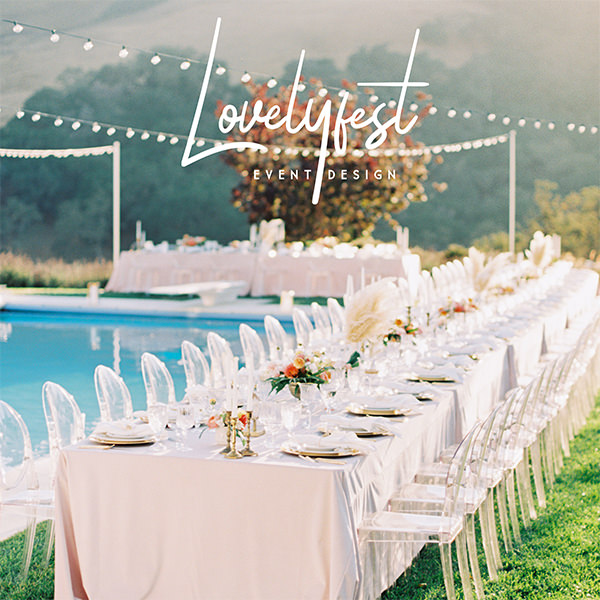